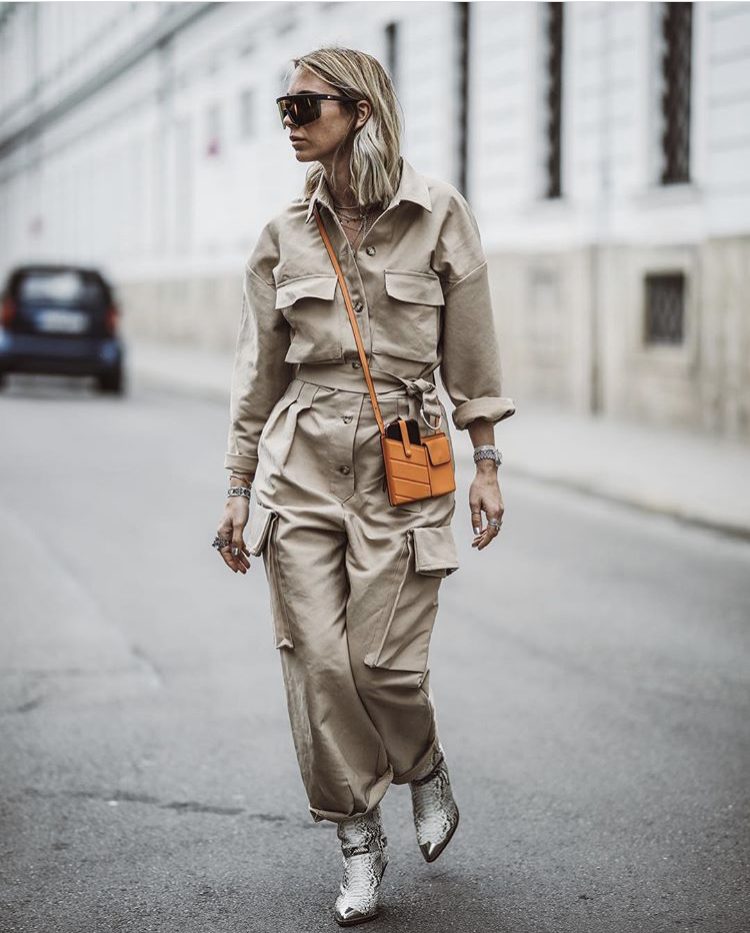 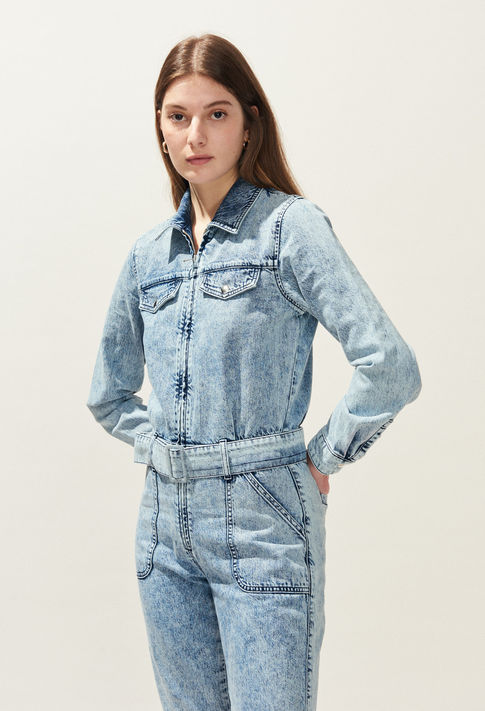 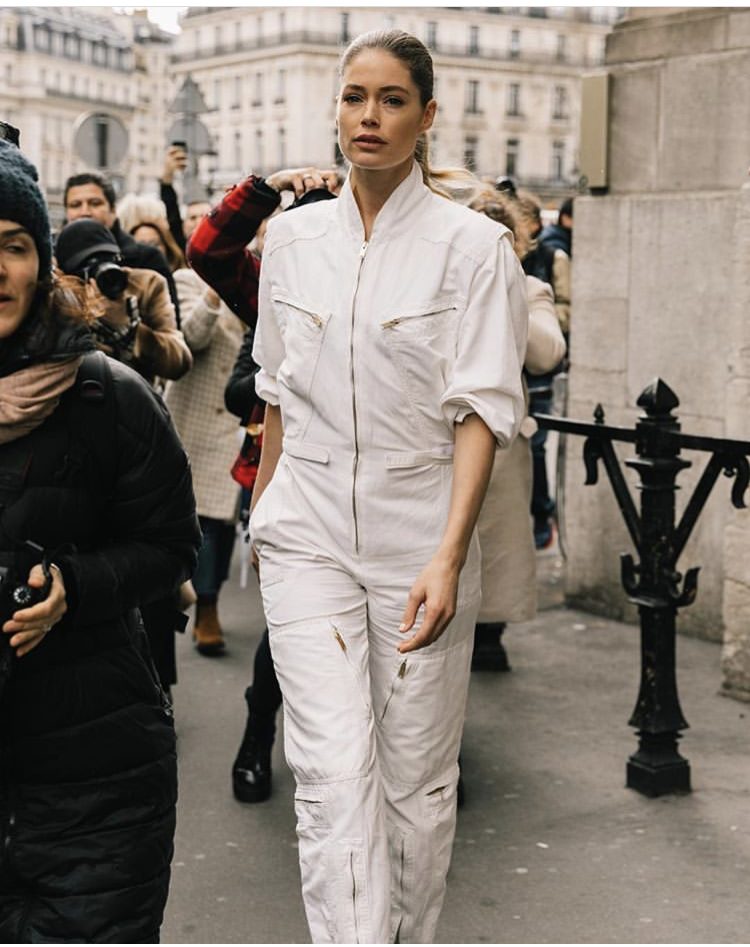 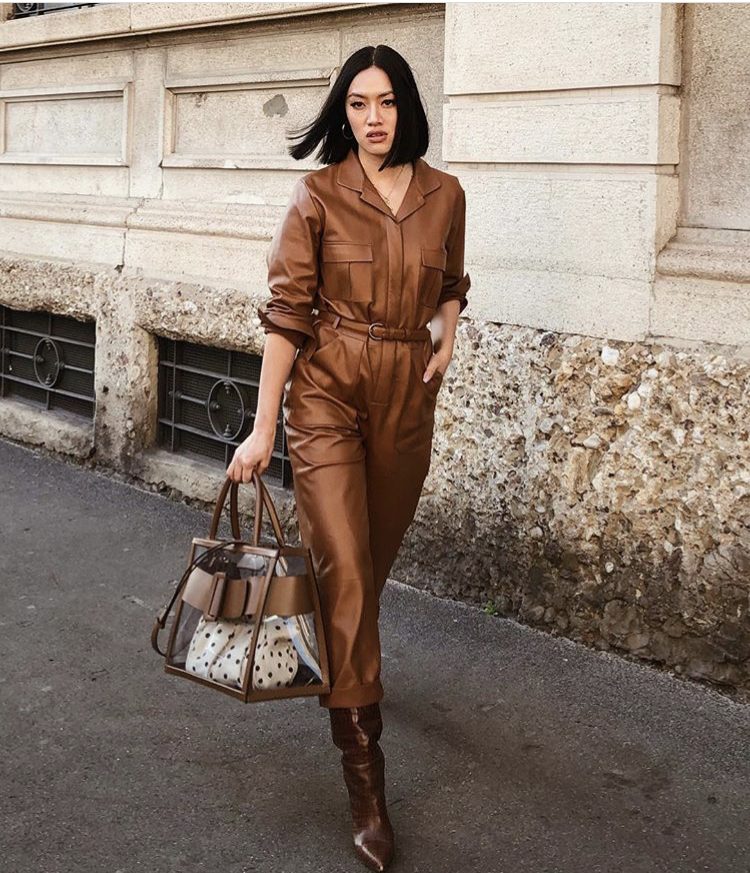 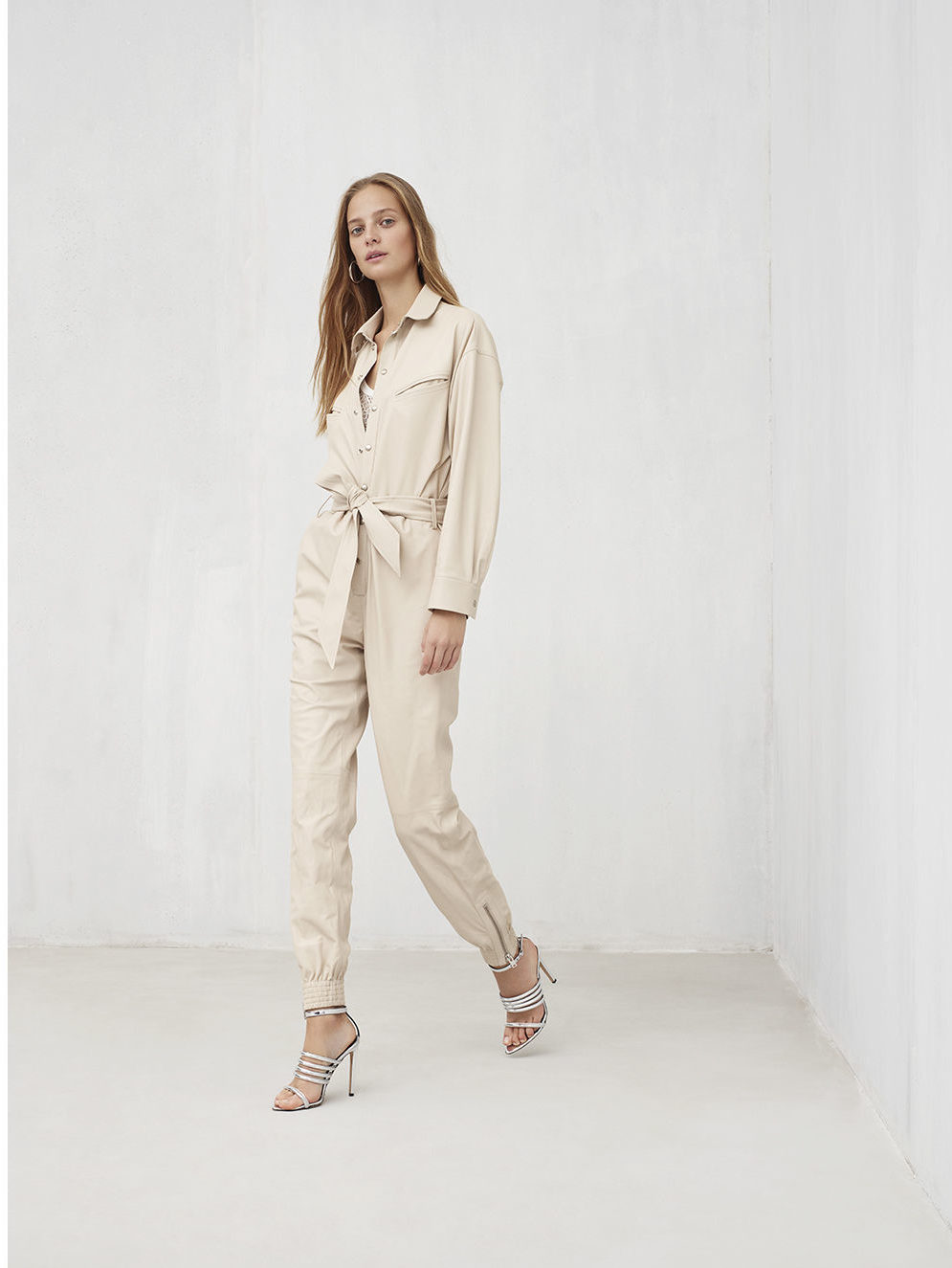 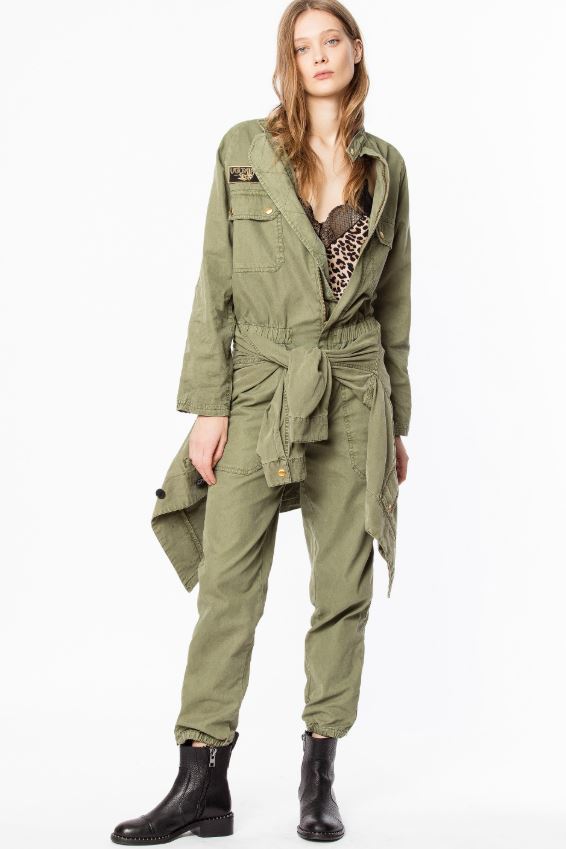 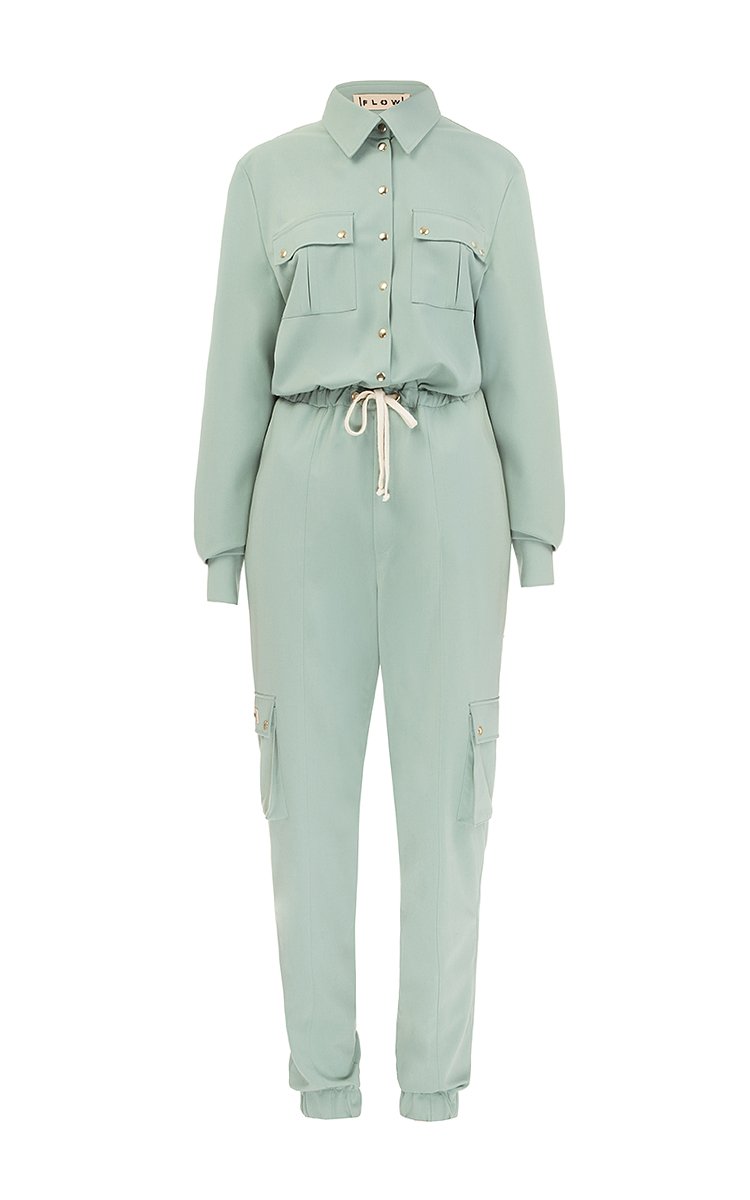 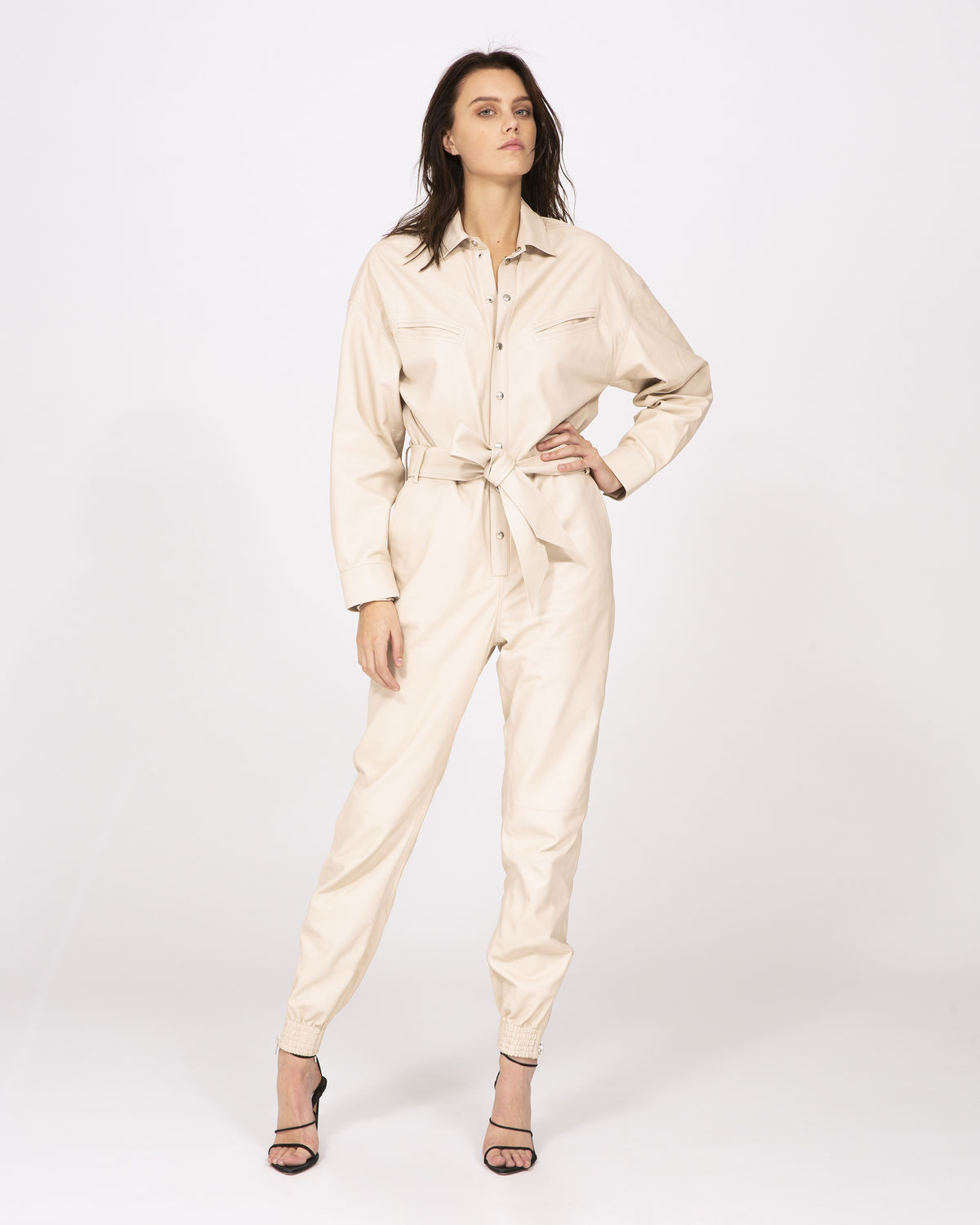 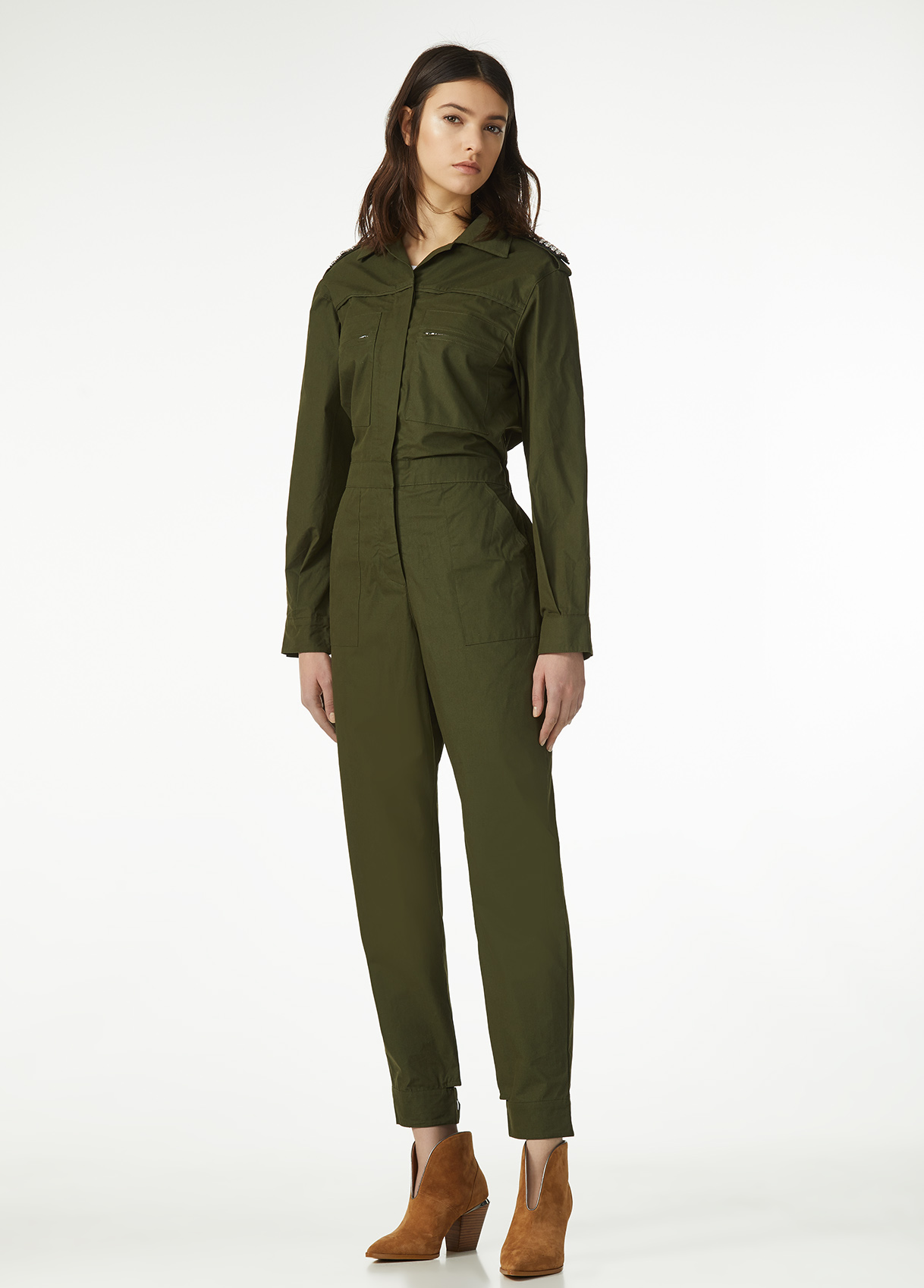 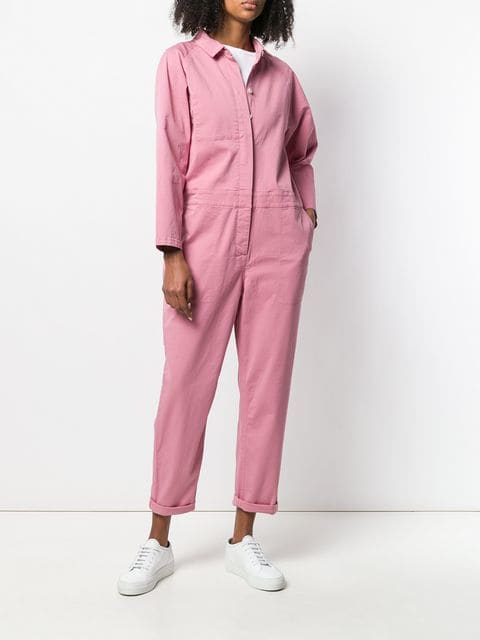 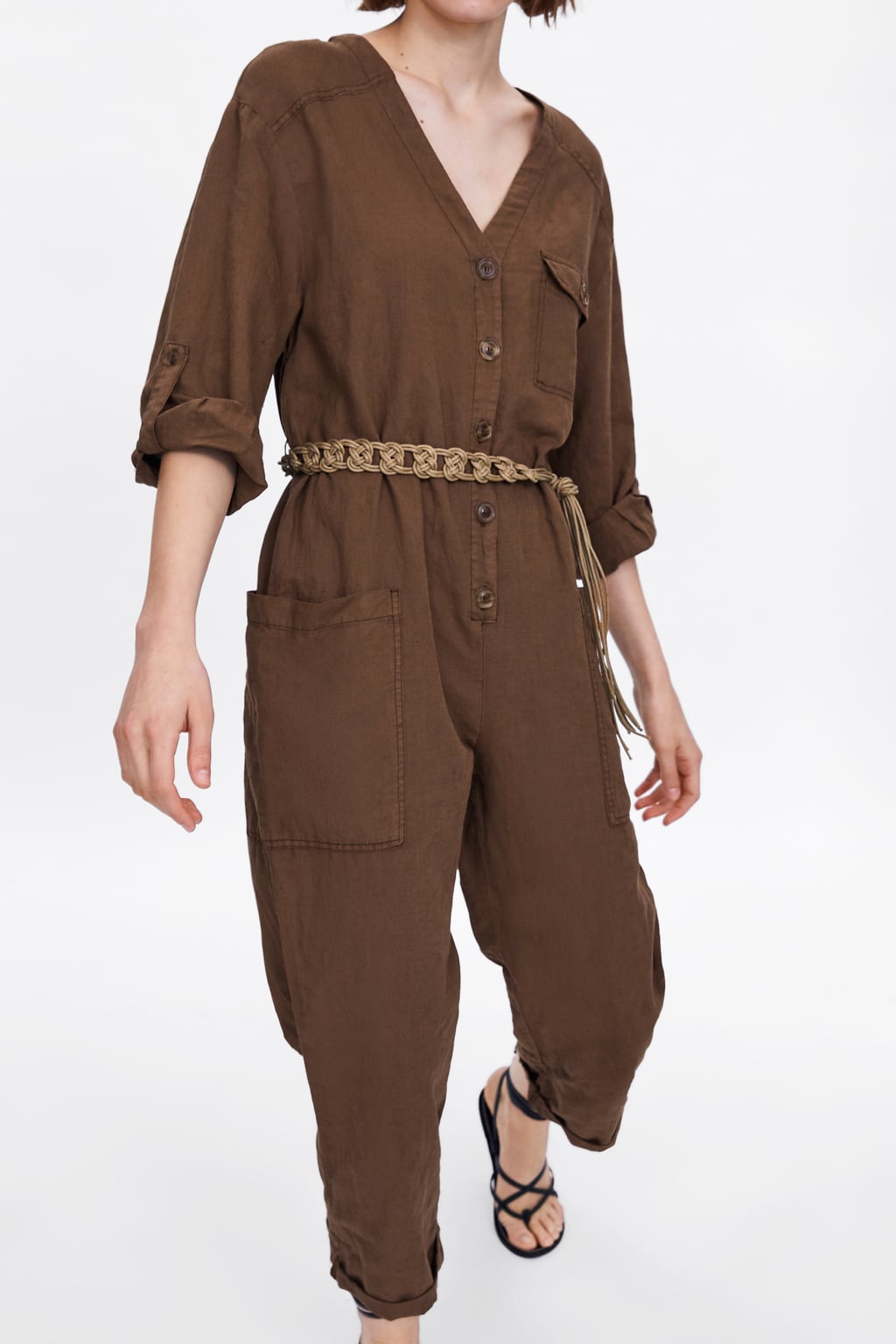 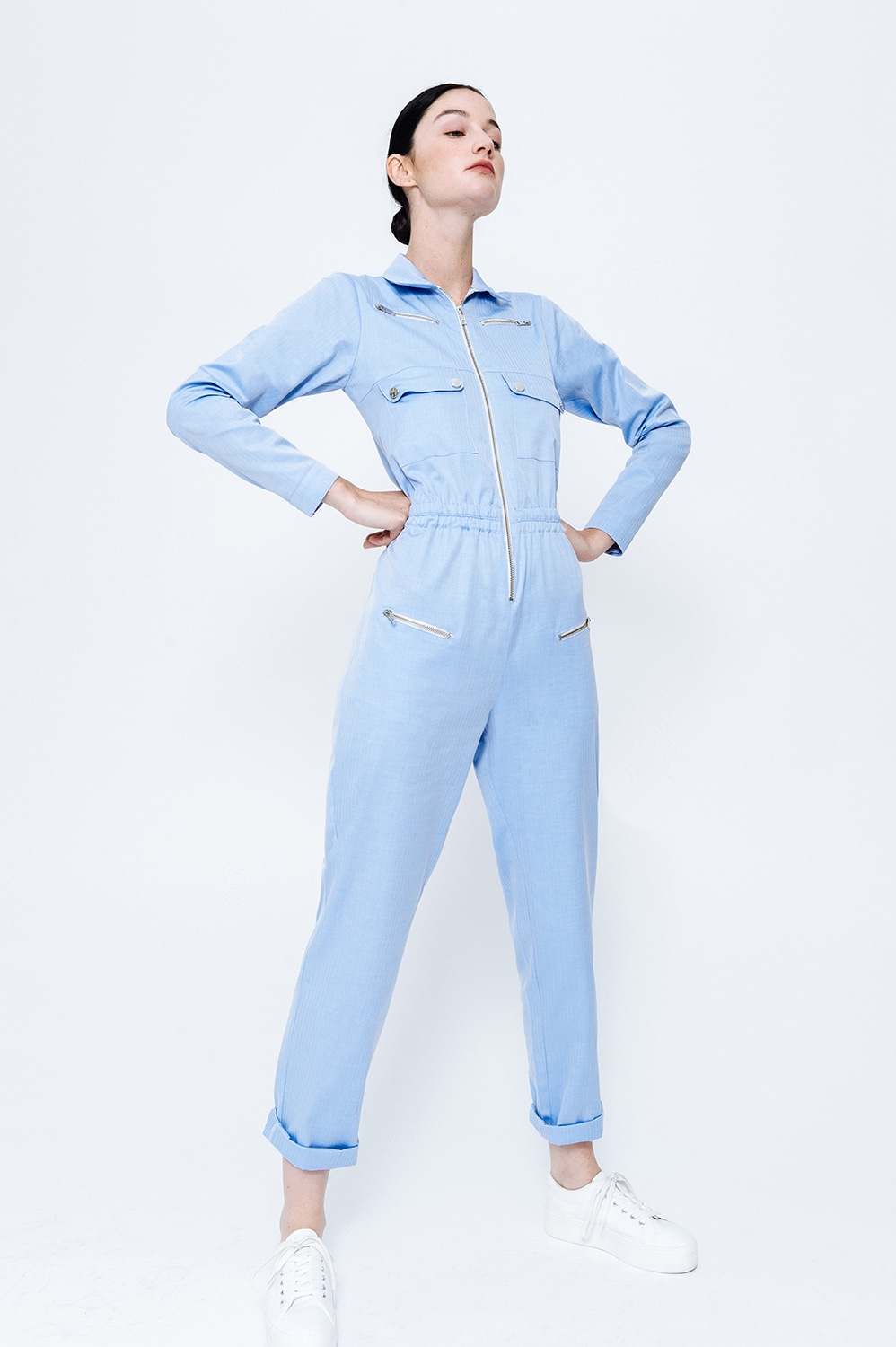 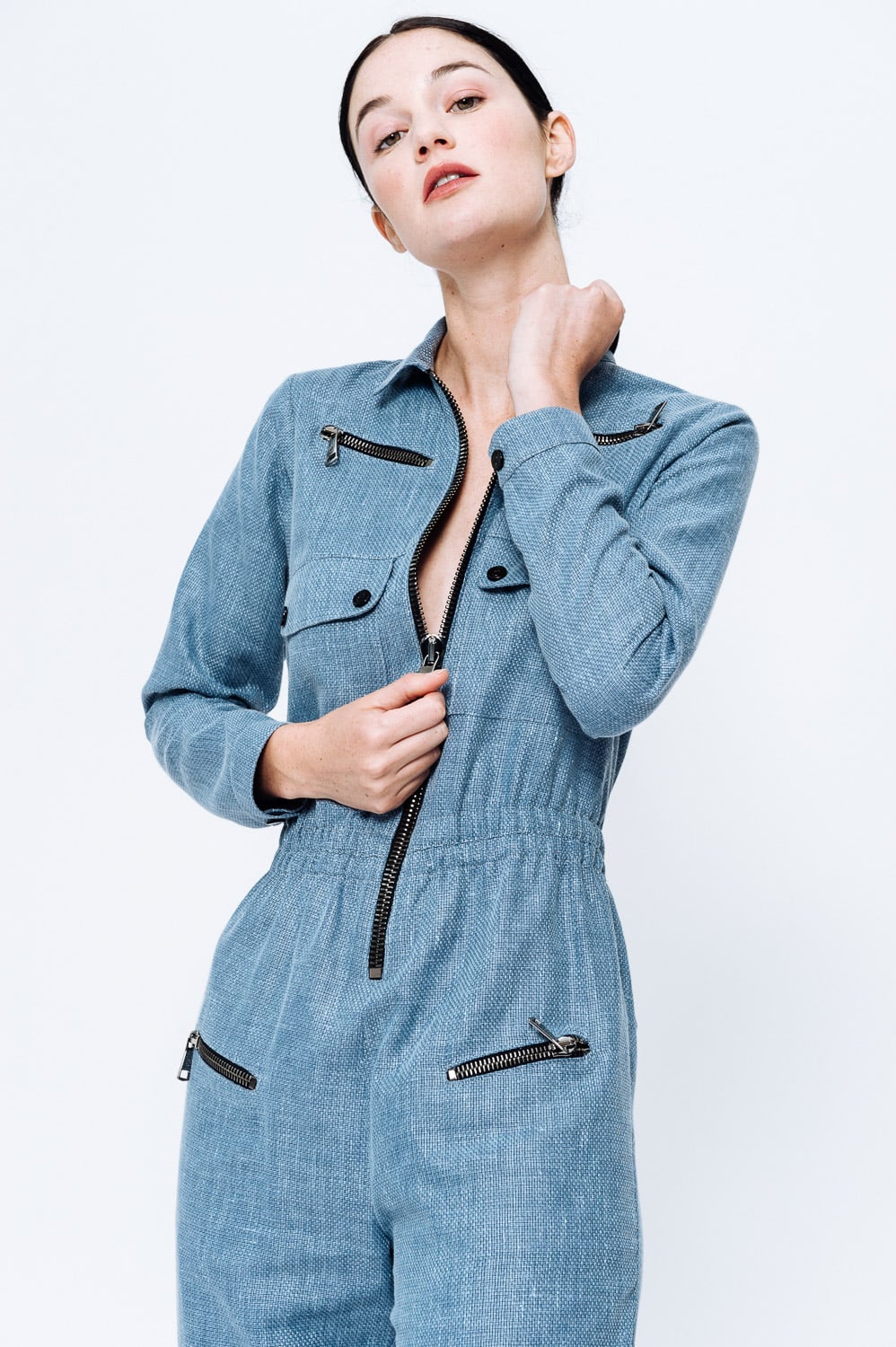 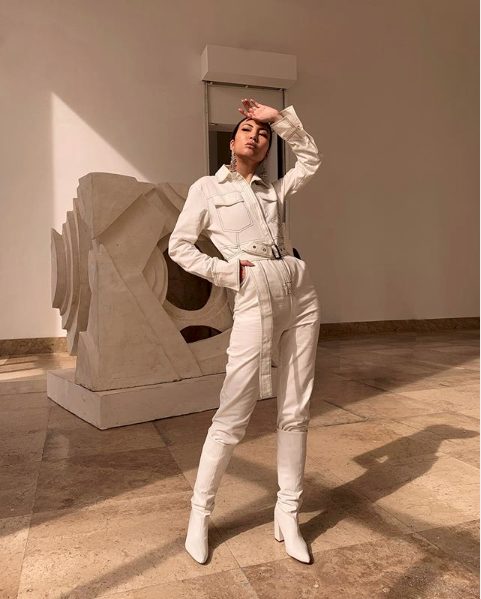 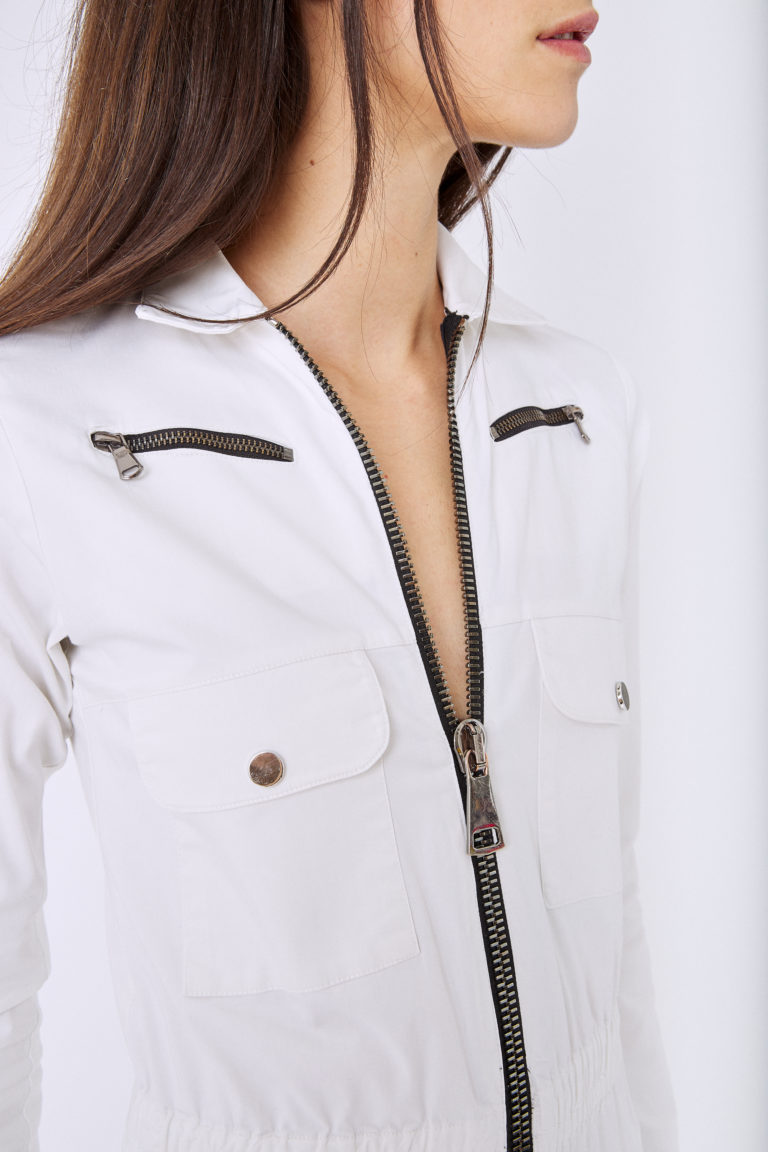 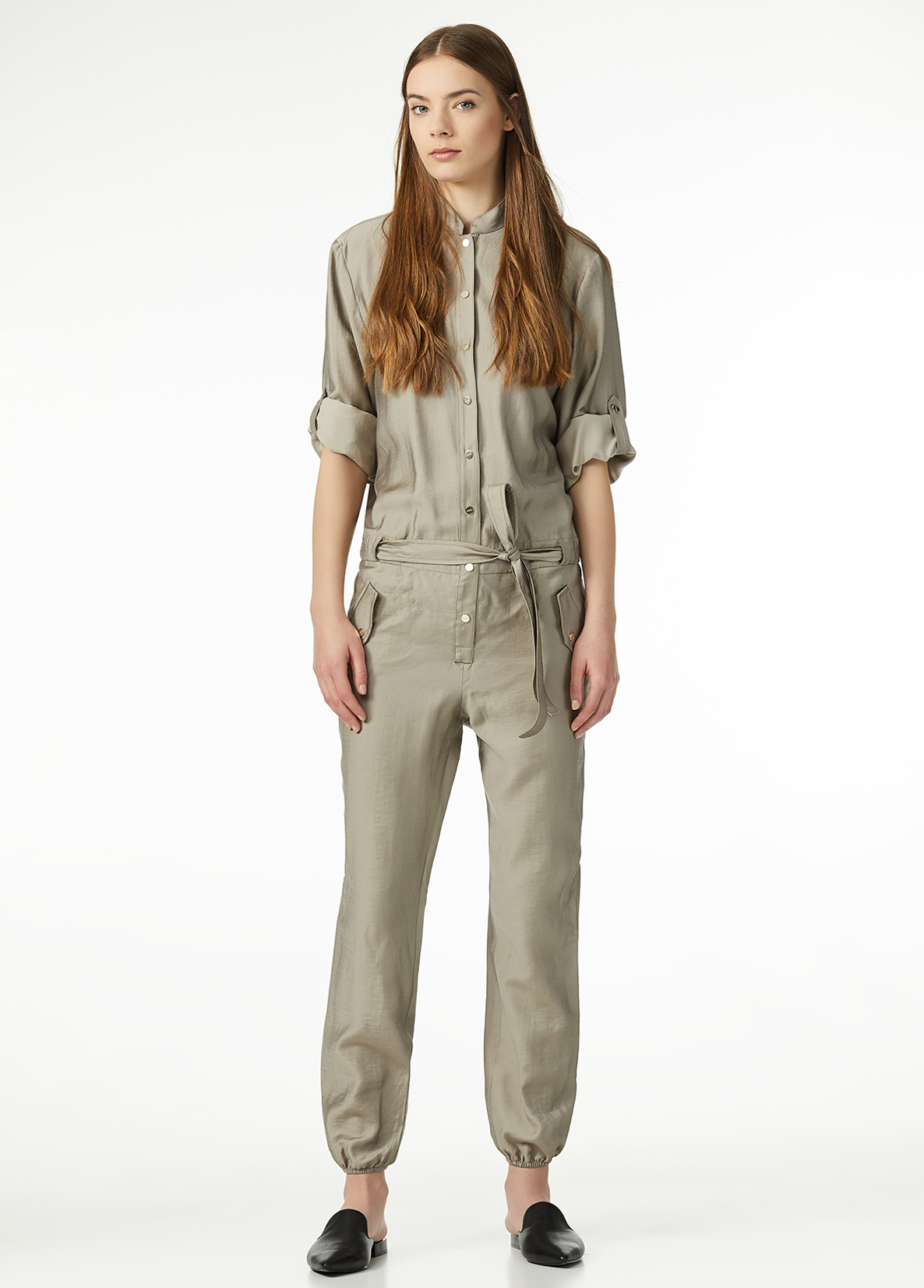 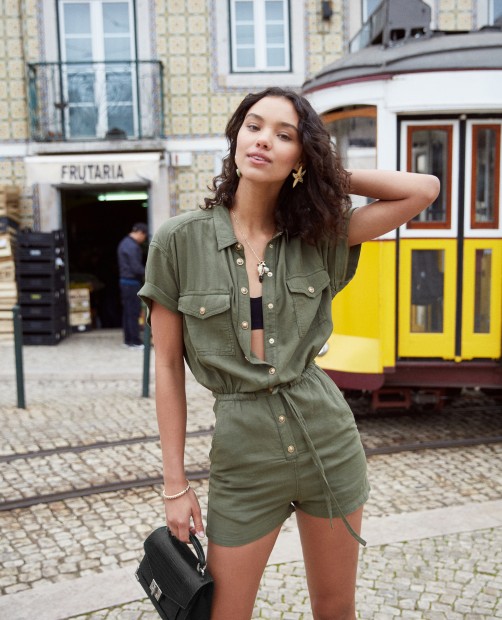 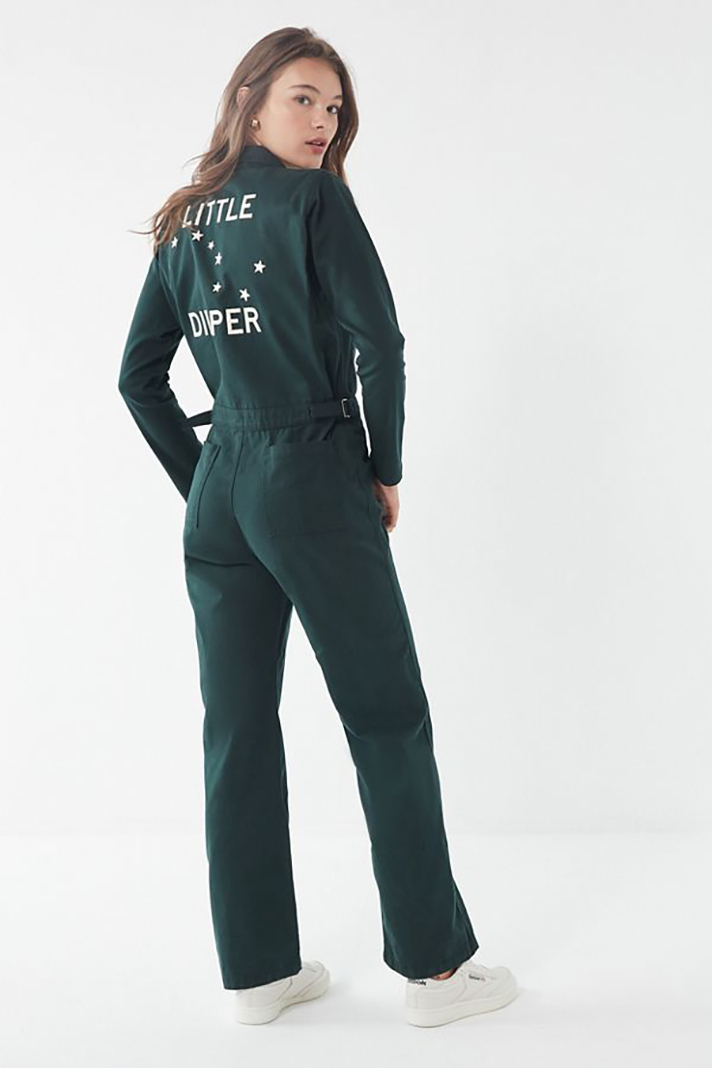 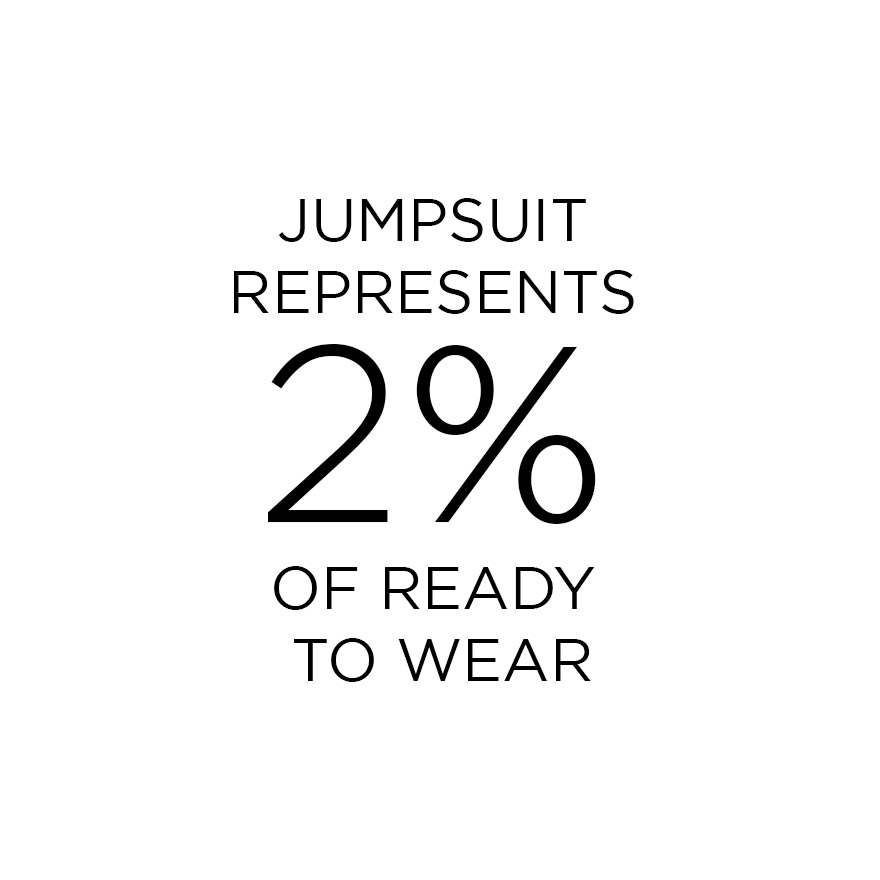 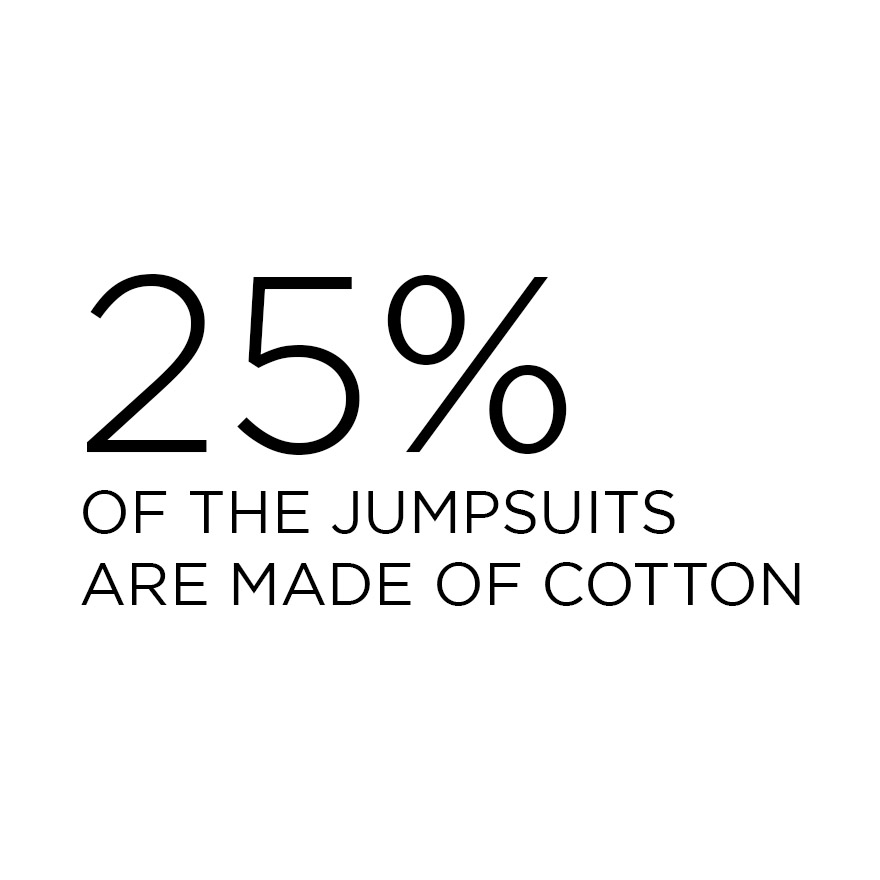 The utility jumpsuit has been trendy for several seasons now. Let’s have a little flashback and a bit of history to understand why.
First utility Jumpsuit was designed in 1919, by the Italian artist Thayat starting from the elementary concept of a T. His original intention was for the garment to be a true everyday “basic” piece, something simple that would be easy to make and wear. The simple cotton look  was created as an anti-bourgeois statement. But it became popular with Florentine upper class society as a highly fashionable look. Elsa Schiaparelli created the first high-fashion jumpsuit at the end of the 1930’s.  She created a collection inspired by the coming war which included a women’s jumpsuit cut from green silk, featuring large front pockets.
When the war began, cotton overalls or coveralls began being cut for and worn by women during the 1940’s as they stepped up to work in place of the men fighting overseas.
After the very fashionable versions of the late 60’s and 70’s thanks to designer like Yves Saint-Laurent and Norma Kamali.
Famous artists began wearing their this garment, including Freddie Mercury, Mick Jagger, and David Bowie. Of course, the jumpsuit wasn’t only for celebrities, it was a popular look for many people during the disco era.
It was an especially clever outfit for such an important time in women’s liberation.  The flowing cuts allowed women to have the ease of pants, while still giving the illusion of a dress. During the 1980’s, jumpsuits got bigger, bolder, and brighter. The cuts of power suits and the colours, fabrics, and embellishments of party dresses were often all mixed together on 80’s jumpsuits- these were definite statement outfits. In the Nineties jumpsuit become minimal again, effortless and as it always be: genderless.
Who said utility overalls inspiration was the mechanic’s?